If you have been watching the real estate market over the past several years, you know that the median price of single-family homes in Greater Boston keeps climbing.

Affordability, not to mention a significant lack of inventory, are real concerns for home-buying consumers. Median home prices have been on the rise in many communities for about seven years. Housing stock has declined every month – on a year-over-year basis – over the past seven and one-half years except one month.

About six months of inventory is considered a balanced market between home buyers and home sellers. Except for Bridgewater, Massachusetts, none of the 12 cities or towns had more than two months of single-family inventory.

While most of the following cities and towns may be a bit farther from Boston than some commuters to Boston and Cambridge desire, several have convenient access to public transportation. For example, Lynn has a commuter rail stop and is a short drive to several MBTA Blue Line stops. Haverhill has two stops on the MBTA's commuter rail.

Holden, Massachusetts: The median price of a single-family home in Holden, MA was $373,500 in July 2019, an increase of 7.3 percent from July 2018. There was 1.7 months supply of inventory in July compared to 2.7 months in July 2018. Holden is about 55 miles west of downtown Boston. Holden borders the City of Worcester.

Dracut, Massachusetts: Homebuyers paid a median price of $365,000 for a house in Dracut, MA in July, about 3.7 percent more than July 2018. The number of homes on the market was flat at 1.6 months of supply in both July 2019 and July 2018. From downtown Boston, Dracut is about 33 miles northwest on the New Hampshire border.

Bellingham, Massachusetts: In July 2019, the median home price in Bellingham, MA was $359,000, a 1 percent increase from the previous July. The number of months supply of inventory declined 25 percent in July to 1.8 months from 2.4 months in July 2018. Bellingham is about 47 miles southwest from downtown Boston and borders Rhode Island.

Hanson, Massachusetts: In Hanson, MA, median home prices increased 2.1 percent from July 2018 to July 2019 to $372,500. The number of months supply of inventory slipped to 1.8 months from 2.0 months in July 2018. Hanson is about 28 miles from downtown Boston. Hanson has a stop on the Kingston/Plymouth commuter rail line.

Marlborough, Massachusetts: Bucking the trend with relatively affordable communities, the median home price in Marlborough, MA declined 9.1 percent to $379,900 in July 2019 compared to July 2018. Inventory inched higher to 1.5 months compared to 1.4 months worth of houses on the market in July 2018. Marlborough, located in western Middlesex County, is about 37 miles from downtown Boston.

Haverhill, Massachusetts: The median price of a single-family house in Haverhill, MA shot up 10.7 percent in July 2019 compared to July 2018 to $382,000. The number of months supply of inventory plummeted nearly 50 percent to 1.1 months from 2.1 months in July 2018. Haverhill, which borders six Massachusetts cities and towns and the several New Hampshire towns, is about 37 miles from downtown Boston.

Bridgewater, Massachusetts: Similar to Marlborough, Bridgewater, MA saw a decline in home prices and an increase in the number of months supply of houses in July. The median price dropped 5.5 percent to $390,000. The number of months available rose to 3.0 months in July from 2.2 months in July 2018. Bridgewater is about 32 miles south of downtown Boston and has a commuter rail stop on the Middleborough/Lakeville line.

Methuen, Massachusetts: The median price of a single-family home in Methuen, MA was $399,000 in July 2019, a 5.3 percent increase compared to July 2018. The number of months of inventory declined to 2.0 in July 2019 from 2.6 months in July 2018. Methuen is about 30 miles north of downtown Boston. Depending on one's location within Methuen, a commuter has a relatively short drive to commuter rail stops in Andover, MA and Lawrence, MA.

Milford, Massachusetts: Inventory was unchanged in Milford, MA, with 1.7 months supply of inventory available in July 2019. The median home price increased 8.2 percent from July 2018 to $395,000 in July 2019. Milford is about 41 miles southeast from downtown Boston.

Holbrook, Massachusetts: In July 2019, homebuyers paid a median price of $385,000 for a single-family home in Holbrook, MA. Median home prices rose 3.4 percent from July 2018. The number of houses available in July was mostly flat, with 1.9 months supply of inventory compared to 1.8 months in July 2018. Holbrook is about 19 miles south of downtown Boston. There is a commuter rail stop on the Middleborough / Lakeville line nearby in Randolph.

Many cities and towns in the Greater Boston area have a median home price that exceeds $430,000.

Set Up Your Buying Criteria

Knowing your purchasing criteria is a vital step in the home buying process.  Taking the time now and clarify the finer details of your ideal home will help you make a more informed and sound financial investment when it comes time to purchase. 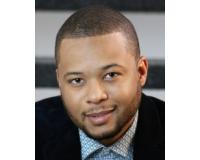 Off Market Specialist. Specialties: Buyer's Agent, Listing Agent, Relocation, Commercial R.E. I'm a real estate consultant who's made a career of an excellent track record of outstanding results an....

By registering, you agree to our terms of use and that real estate professionals and lenders may call/text you about your inquiry, which may involve use of automated means and prerecorded/artificial voices. You don't need to consent as a condition of buying any property, goods or services. Messages/data rates may apply.